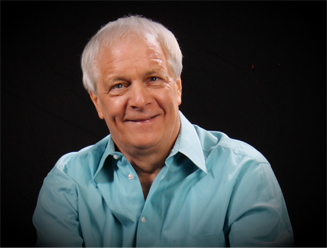 Ken is one of the most creative and authentic artists performing today. For five decades, he has used music as a vehicle for creating conversation through storytelling and reflection. Ken custom designs each performance, integrating new and old music with his gift of improvisation to suit the occasion. With an ever-growing circle of friends around the world, Ken's vocal and piano artistry and imagination have reached audiences of 50 to 50,000 people in 49 United States and in more than 15 countries on four continents. Ken is a team player…loves working with event planners, spiritual leaders, teachers, and other artists.

From the time he was born in Grand Rapids, Michigan (1943), Ken has been visually impaired. His sight has been limited to distinguishing between light and darkness and seeing fuzzy outlines of large objects. “I spent a lot of time by myself as a kid. Because I lived with some degree of being an outsider all my life, I identify with people who have been disenfranchised, whether they have been isolated, disabled, or oppressed.”

“For me, music made all the difference. I started banging on the piano when I was five years old, making up crazy little pieces on my mom’s piano. When I was eight years old my parents got me a wonderful teacher who taught me the classics with Braille music and encouraged me to play by ear. My teacher helped me to develop improvisation skills. Every time I learned a new piece, she would tell me, ‘Now, you improvise in that style.’ So, music became a second language.”

After graduating from high school Medema studied music therapy at Michigan State University in Lansing, where he concentrated on performance skills in piano and voice. He worked as therapist at the State Hospital in Fort Wayne, Indiana, then returned to Michigan State to do a master’s program.   He worked for four years as a music therapist at Essex County Hospital in New Jersey. It was while employed there that he began writing his own songs.

In 1973, Ken left his work as a therapist and began a career as a performing and recording artist. He recorded albums for Word and Shawnee Press; then, in 1985 founded Brier Patch Music. Brier Patch is a small independent recording, publishing, performance, and booking company with headquarters in Michigan. It is named after Br’er Rabbit’s home in the legendary Uncle Remus stories. “Br’er Rabbit lived in a place not comfortable for anyone else,” Ken says, “and we decided to follow him there.”

Today, Ken performs in a wide variety of venues: some local congregations, fund-raisers, high school and university campuses, denominational gatherings, and corporate events.. He is co-founder of Interlude Retreat Corporation, which gifts retreat experiences for music directors, runs conferences and workshops, and pays his expenses to work with small churches.

Ken has recorded over 40 albums which can be purchased on CD or downloaded from his website. He continues to offer virtual concerts through Facebook and YouTube, incorporating many guests and various topics, addressing theological, sociological and social justice concerns that he has been involved with for all of his career. Much of Medema’s published music can be previewed and purchased from the store on his website.

Ken Medema and his wife, Jane, have been married since 1965 and live in the San Francisco Bay area of California, close to their two grown married children and four grandchildren. Ken has not begun to slow down. He is on the road about 50% of the year. When at home, he and Jane work together on commissioned projects and the development of material for concert performances. They remain active in a local church, and are invested in good food, good books, good movies, and good friends.

"Brier Rabbit lived in a place not comfortable for anyone else," Medema says, "and we have decided to follow him there."

Ken still maintains the focus of the company, namely to use music and storytelling to help build communities of compassion while specifically using his skills as a music therapist in order to communicate with the unique needs of his diverse audiences. 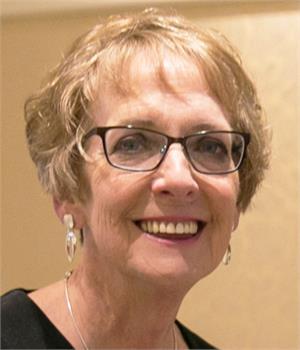 Beverly is the traveling companion, sound person and visual navigator with Ken almost 175 days a year. Her background as a producer, music director and event planner comes in handy for the various types of venues in which she finds herself now. Through the pandemic she produced and was in charge of broadcasting  the virtual concerts which are now available to view on Facebook and YouTube.

Although she is a trained organist, the sound board has become her instrument of choice.

When home with Dave, they enjoy quiet evenings catching up with family and enjoying their home in Grandville, Michigan

Dave, the backbone of Ken Medema Music, spends much of his time designing graphics. Dave is also responsible for designing and producing all the publicity, graphics, and web information to keep Ken visible.

He pursues his work as an artist and in particular, wood sculpturing and loves working in the yard.

Dave carves out moments with the grandchildren who visit the office and is the friendly caring voice you hear when you call the office. 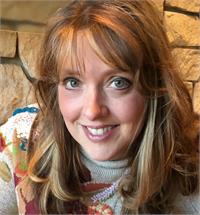 Janel's first love is Interior Design. Janel owns her own business Room Candy a full-service interior design firm creating original designs for homes and businesses with a retail store based in Grandville, Michigan with a unique approach of providing hand curated furniture and accessories to sweeten your space! She is a wife and mom of 4 children (Beverly and Dave's grandchildren).

Janel has spent the last bunch of years volunteering as the bookkeeper, and positive thinker of the crew.

She always says, "Everything happens for a reason---so adjust" When confronted with a difficulty, she always reminds us to be thankful, that we have our health!